Heart failure from a cold?

In the fall of 2018, Zachary Losee was in many ways a typical teenage boy. He lived in Monroe County with his family, a dog, a cat and two pet birds. He played volleyball and was on the school diving team. 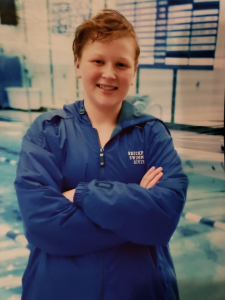 Zachary on the varsity diving team.

One autumn day, Zachary came down with what seemed like a bad cold or the flu. He had a fever, body aches, coughing and a sore throat. A doctor told Zachary to rest and drink plenty of fluids.

The next night, Zachary’s health went from bad to worse. Zachary’s mom, Julie Prest, rushed him to the local emergency room. When he arrived, he could hardly breathe and started to collapse. From there, things started to move very quickly.

Suddenly, Zachary was being transported by ambulance to UR Medicine’s Golisano Children’s Hospital. At Strong, he was rushed to the pediatric cardiac care center. “It was a whirlwind when we got there,” Julie remembered.

Julie sat in the waiting room for several hours, not knowing what was happening to her son. Finally, a nurse came and told Julie that her son was experiencing heart failure with liver and kidney failure. Julie was floored, “From a cold?” she exclaimed. She didn’t understand how that could happen.

The lowest of the lows

Julie soon learned that Zachary did not have a simple cold, but had viral myocarditis. Viral myocarditis is a rare but serious condition. It occurs when a virus causes inflammation and damage to the heart muscle, making it difficult for the heart to pump properly. In Zachary’s case, the virus antibodies were detecting his heart as a foreign object and attacking his heart.

Zachary remained in the hospital as his body continued to fight the infection. Julie described Zachary’s time there as “a very emotional rollercoaster. It’s the lowest of the lows for any parent to go through.” 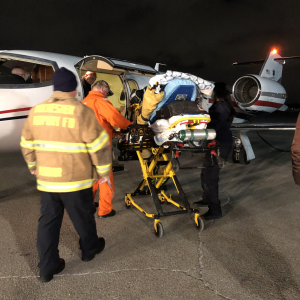 Two weeks later, on December 5, doctors told Julie and Zachary that he would need a new heart because his heart was failing. He was placed on the organ transplant waiting list. The next day, Zachary had surgery for a left ventricular assist device (LVAD), a device that would help his heart pump blood to the rest of the body as he waited for a new heart.

Amazingly, Zachary’s wait time was much shorter. After only one day, a doctor told Zachary and Julie that a heart was available. “Mom and I were in total shock that something so big could happen so fast,” said Zachary. Less than 24 hours later, a new, healthy heart was beating inside Zachary’s chest.

Afterwards, Julie described how it felt to meet the doctor who had performed the surgery on Zachary. “It was an overwhelming feeling to shake this man’s hand. To know there was so much knowledge, skill and delicacy in his hands. It was something I’ll never forget.”

Zachary and Julie don’t know much about the donor who gave Zachary a heart. They don’t know if it was a man or a woman, an adult or a child. “The only thing we know is that the heart came from within a 500-mile radius of the hospital,” said Zachary.

They planned to write a letter to the family of the donor. When asked what he thought he might say to the family, Zachary thought for a moment and then said “Two little words can mean so much…I would just say thank you. It means much more than people think.”

“We are really hopeful that we can meet this donor family that gave my son the greatest gift of all, which is to continue with life. He wouldn’t be here now if it wasn’t for that gift.” said Julie.

A second chance at life

Zachary said a heart transplant was “a second chance at life.” Since his surgery, Zach said he is feeling amazing and getting stronger every day. He’s looking forward to going back to school soon and getting back into volleyball and diving. After graduating, he plans to go on to college and study architectural design or cardiology.

He’s also working to spread the word about organ donation and the importance of joining the registry. 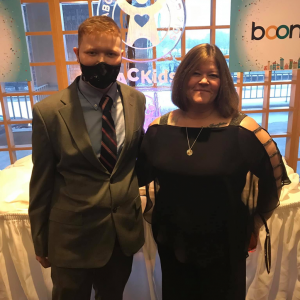 Zachary and Julie spreading the word about the importance of organ donation.

“You could save so much more than yourself,” said Zachary, about joining the registry.

“It’s such a selfless act that you can do,” added Julie, “and yet, it’s the greatest thing you can give anybody.”

The dire need for organ donors

While 90 percent of U.S. adults support organ donation, only 60 percent are registered organ donors, according to organdonor.gov.

You can help make a difference by joining the organ donation registry:

For more information on the dire need for organs in New York state, click here.

*Since this interview with Zachary, he has returned to school and is enjoying spending time with his friends and classmates.