About three years ago, Excellus BlueCross BlueShield Network Analyst Tim Truax felt inundated by stories about children dealing with cancer. A couple of them hit really close to home. He saw the lives of a close friend — and then a family member — turned upside down when they learned of their children’s cancer diagnoses.

“I wanted to find a way to help, but quickly realized that all I could do was respond with the usual platitudes that we all say when we don’t know what else to say or do,” said Truax. “I’m so sorry to hear that.” “I’ll keep you and your family in my prayers.” “If you need anything, please let me know.”

All of these usually heartfelt responses seemed insufficient.

For Truax, an answer came a couple of years later in a most unlikely place, Golf Digest. That’s when an article detailing former PGA Tour player Jarrod Lyle’s battle with acute myeloid leukemia caught his eye.

The article noted that the Australian golfer had undergone bone marrow transplants as he battled the disease. Highlighting a procedure whereby people can determine if they could be a match for anyone on a bone marrow waiting list, the article linked to the national marrow donor program, BeTheMatch.org.

Online, Truax learned that anyone who is between the ages of 18 and 44, is committed to donating to any patient in need and meets the health guidelines makes an ideal bone marrow donor candidate.

Truax decided to register with BeTheMatch.org. He created an account, answered some questions and requested a registry kit. It arrived about a week later.

The kit’s instructions involved touching the inside of his mouth with cotton swabs. Then he sent the cheek cell swab samples to BeTheMatch.org.

In a matter of weeks, Truax was matched to a 23-year-old male who was battling acute lymphocytic leukemia. He agreed to participate in additional testing to see if he’d be the best candidate.

Once Truax received the green light to move ahead in the donation process, he met with Upstate Medical University doctors, who conducted additional tests.

Soon after, Truax learned that the patient with whom he was matched needed a stem cell, rather than a bone marrow, donation. His preparation changed slightly given the change in donation.

For the actual donation, he was hooked up to what looked like a dialysis machine. As Truax described it, this machine took stem cells, along with red and white blood cells, from one arm. At the same time, it injected blood and some clotting factors into the other arm. The procedure took six hours. Then, he was able to go home for a couple of days of recovery.

Truax was relieved and happy to hear that thanks to his donation, the young man’s cancer was in remission. Truax, however, counts those feelings as secondary to his desire to spread the word regarding the relative ease of the stem cell donation process. He speculated that the process may have been a little more difficult if he had donated bone marrow.

Still, the process was far easier than anticipated.

“I honestly thought there would be more to it,” he said. 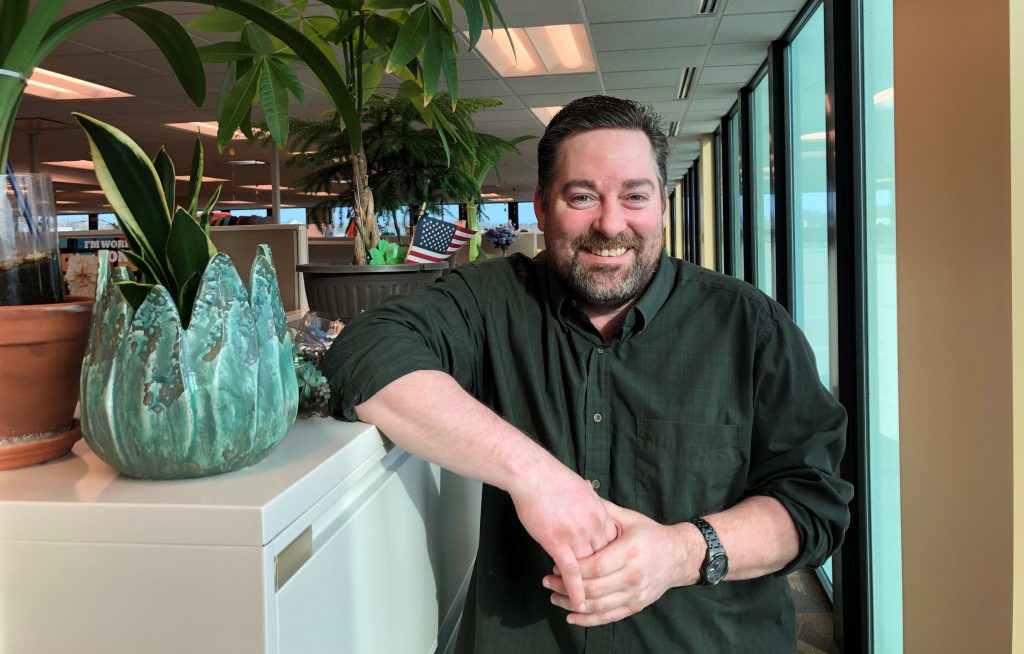 One thought on “Why I Donated Stem Cells”