I don’t like needles, never have. But, every year I’ve gotten a flu shot, because I’ve been told that it’s my best defense against the flu. So I visit my doctor every year, close my eyes, turn my head and wait for the needle to plunge into my arm. Except, last year something different happened.

I still got the flu. Last February, it hit me pretty hard. As a matter of fact, I literally couldn’t sit up for a couple of days. It was frustrating. I couldn’t help but think, “Why get a flu shot if I still get the flu?”

The effectiveness of the flu shot can vary every year, so there’s always the possibility I could still get sick from the flu…again.

But my first unexpected reason for still getting the shot is that even if I get the flu again after getting the shot, the vaccination will probably protect me from developing serious complications, including severe pneumonia and/or a hospitalization.  This is especially true for people who are older than I am and/or battle certain chronic diseases.

It’s not all about the needles

But, what if I avoid the whole “needle thing” this year and not get a shot at all? Is that being selfish? Maybe, and that wouldn’t be good for you or those around you.

We all have a responsibility to protect those who can’t get a shot, but could get seriously sick if they caught the flu. Babies younger than 6 months of age are too young to get the vaccine. People with severe, life-threatening allergies to the shot also can’t get the vaccination.

I don’t want to get the flu and spread it to someone who can’t handle the disease. That’s my second unexpected reason for getting the vaccination.

If more people avoid flu vaccines this season because of needle phobia, those numbers will surely jump. The flu virus spreads too easily and can cause serious health problems for women who are pregnant, the very young or very old and/or those who have a chronic illness or a medical condition that weakens their immune system.

So, it’s not just about me and my dislike of needles. When I get a flu shot, it doesn’t just protect me, it also helps to protect you and those around you.

Well, maybe it’s a little bit about the needles.

I’m also not the only one who hates needles. In an online survey by Harris Interactive conducted for Target Corp., 60 percent of adult respondents said they won’t get the flu vaccination, and about 20 percent of them said it’s because they’re afraid of needles.

For some, the nasal spray version of the flu vaccine was a way around their needle phobia. However, the nasal spray is not recommended for the coming flu season, because it doesn’t offer much protection from the virus, according to the Advisory Committee on Immunization Practices at the Centers for Disease Control and Prevention.

Kids may be harder hit by this recommendation, because the nasal spray accounts for about one-third of all flu vaccines given to children. Yet everyone age six months and older should get the shot, according to ACIP.

Overcoming the fear of needles

I start thinking about the shot at least 24 hours before receiving it. By the time I’m actually in the chair, I’m sure my blood pressure has risen above my normal numbers. All I can think about at that moment is just getting it over with.

If you’re like me and fear needles, here are tips for dealing with your phobia:

Here are tips specific to kids:

You never know when the flu will hit. I got the flu in February.

I mistakenly thought the flu was pretty much done by then. I was wrong. Within just a few hours on a chilly mid-February day, I went from feeling perfectly fine to literally being unable to get out of bed. I felt awful for two straight days and had all of the typical flu symptoms.

Most of the time, seasonal flu activity peaks between December and February, but outbreaks can happen as early as October and last into May. Because you never know when the flu will peak each season, I’m going to make sure I get my flu shot earlier in October. That’s my third unexpected reason for getting the vaccination.

Don’t let a fear of needles get in the way of doing the right thing for your health and the health of all those around you. This coming flu season, make sure everyone in your family gets a flu shot. 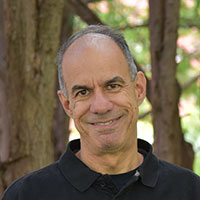 A western New York native, Joe is a retired Excellus BlueCross BlueShield marketing communications manager. His interests include travel, wine, classic film, hiking and sports. He grew up in the city of Rochester and currently resides with his family in Greece, Monroe County.

10 thoughts on “Am I Selfish if I Don’t Get a Flu Shot? 3 Unexpected Reasons Why I’m Getting the Vaccination This Year”