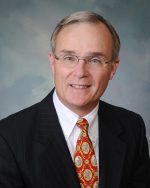 Tim Reed is the president of the world renowned Utica Boilermaker Road Race, which will be celebrating its 40th running on July 9, 2017. This year will mark the 10th year that Tim has been involved as president of the organization. Prior to the Boilermaker, he was employed by ECR International for 24 years. The Boilermaker was the brainchild of his brother, Earle, who envisioned a race that would start in front of Utica Radiator (now ECR International) and end in front of the F.X. Matt Brewery.

Tim says he’s a firm believer that community give-back is a must. He has served on the United Way (including one year as interim executive director), the Boys & Girls Club, Big Brothers/ Big Sisters, Oneida County Tourism Bureau and the Grace Episcopal Church vestry.

What’s your secret to healthy eating?

Eat slower! Don’t put salt on food before you’ve even tasted it. Keep up with your water drinking throughout the day – a lot less calories in water than cookies!

How do you juggle a career, family and a healthy lifestyle?

Being an ‘empty nester’ has helped not ‘inviting’ non-nutritious foods into the house. Worst thing is going to evening meetings with the obligatory pizza and saying no. 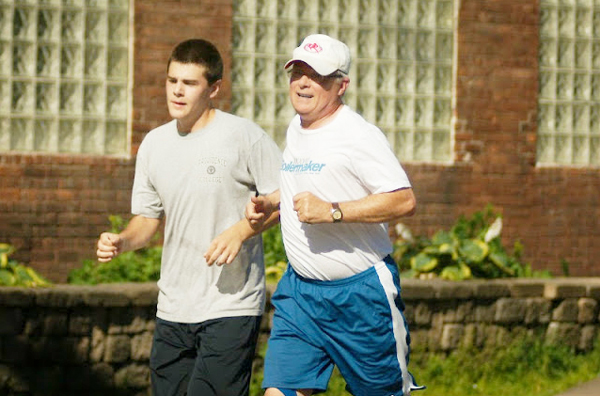 Tim Reed and his son go for a run.

How do you stay active in the winter?

I am definitely not a winter lover. When the lousy weather arrives into the gym I am driven.

How does a healthy lifestyle help you at home and/or at work?

I definitely notice that I’m more ‘with it’ when I’m watching what I’m eating. I’ve really tried to cut down on caffeine consumption as I tend to ‘crash’ in the afternoon.

It’s so hard to lead a healthy lifestyle. What advice do you have for others?

Don’t try to do too much at once: it’s a road to failure. The old adage “How do you eat an elephant? One bite at a time” is fitting. Many small changes will add up to success. It took you a long time to get where you are so what makes you think you’ll change overnight?

Get a Fitbit or similar fitness tracker – what gets measured gets better!

What are your favorite, local “healthy” spots?

As I have gotten older, I have more and more embraced walking to running. I love just walking through the neighborhood or one of Utica’s fantastic parks! My favorites are Frederick T. Proctor Park and Thomas R. Proctor Park. Both parks were designed by Fredrick Olmsted who also designed Central Park in New York City – not too shabby!

Edward Byrnes
Ted was born and raised in Central New York. He is the regional communications and community relations manager for Excellus BlueCross BlueShield in Utica.