Lack of sleep isn’t just an inconvenience, it’s a public health problem. If you have trouble falling asleep at night or staying awake during the day, you’re not alone. According to the Centers for Disease Control and Prevention, approximately one in four American adults has a sleep or wakefulness disorder.

Was it the wine I drank with dinner? I didn’t think I napped that long. Is it because I didn’t run today? I never followed up on that project. What’s that noise? I need chapstick. WHY CAN’T I SLEEP?

I almost always get a full eight hours each night, so having days when I’m running on six hours isn’t ideal, especially since I become a groggy, grumpy, downright miserable human being if I’m not well-rested. Luckily this doesn’t happen often.

But for those who are clocking four or six hours on the regular—WAKE UP!—you need more sleep! Take it from the researchers who found that participants getting four hours of sleep a night for two weeks functioned like a person who hadn’t slept for 48 hours. And those who got six hours every night over a period of two weeks performed like those who had been awake for 24 hours.

The Science Behind the Sleep Study

Forty-eight people joined a study conducted by researchers from the University of Pennsylvania School of Medicine and Harvard Medical School. The point of the study was “to inform the debate over whether human sleep can be chronically reduced without consequences.” Essentially, do humans really need eight hours of sleep?

Researchers split test subjects into four groups—those who slept eight hours, six hours, or four hours every night for two weeks, and those who stayed awake for three days straight. Each person was measured on sleepiness and how well their brain worked. Here are a few examples of the kinds of testing participants underwent:

As you can imagine, the well-rested group that got eight hours a night for two weeks did significantly better than any of the other three test groups which had their sleep restricted. But the surprise lies in how the group sleeping four or six hours per night thought they were functioning.

Which brings me back to why you need more sleep if you’re only getting four or six hours each night. According to the study, not only did participants function as poorly as people who had been awake for 48 or 24 hours straight, but participants were more tired than they thought they were.

In other words, not enough sleep can be just as dangerous as having no sleep at all.

Dr. Matthew Bartels, a chief medical officer at Excellus BlueCross BlueShield, who was not involved with the study, agrees with the study’s findings. “Sleep is absolutely essential for mental alertness and better physical health,” he stated. “I think most people can relate that when you get a good night’s sleep, you feel better and are more alert.”

Get Out of Sleep Debt

There’s no easier way to get all of the positive benefits of sleep—stress relief, restored energy, improved mood, the ability to think clearly or fight off infection—for such little effort. If you’ve been skimping, not only are you more tired than you think you are, but according to the National Heart, Lung and Blood Institute, you’re putting your body at risk for having heart disease, high blood pressure and other medical conditions that develop over the long run.

The good news is that if you haven’t been getting the recommended seven to nine hours of sleep, you can pay it back to yourself slowly and over time. To get out of “sleep debt,” common methods include going to bed earlier or taking short naps to compensate, but weekend catch-up is not advised.

Going to bed earlier doesn’t necessarily mean moving your bedtime back two hours. Try going to bed 15 minutes earlier each weeknight. If your typical bedtime is 11 p.m., go to bed at 10:45 p.m. on Monday, 10:30 p.m. on Tuesday, 10:15 p.m. on Wednesday—and so on. Come Saturday morning, you will have made up almost three hours of sleep.

I know new parents are probably tired of people telling them this, but if at all possible, try to sleep when your baby does (even if that means going to bed at 8:30 p.m.!). I realize that this is much easier said than done!

And if you’re pro-nap like me, limit daytime napping to less than one hour. “It’s certainly OK to take naps from time to time,” says Bartels. “But the long-term solution is to get the proper number of hours of sleep at nighttime so you aren’t disrupting your sleep cycle.”

If you have trouble falling and staying asleep, you may need to consider making sleep hygiene a habit. Everyone can benefit from it.

For example, the Sleep Foundation suggests avoiding bright lights (including cellphone and TV screens) 30 to 60 minutes before bed. Other recommendations include:

If all else fails, Bartels suggests talking to your doctor. “If a patient is having trouble falling and staying asleep, I question the cause,” he said. “Is there another condition that could be causing the sleepless nights?”

So what’s the difference between four hours, six hours and eight hours of sleep? Besides the obvious time and cognitive effects, Bartels says the quality is just as important as the quantity. “There are phases of sleep needed to ‘reset your clock,’” he said. “When you get the optimal hours, your body has time to move through the sleep stages and benefit from the regenerative effects of sleep.” 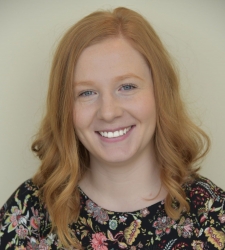 2 thoughts on “Is 6 hours of Sleep Like not Sleeping at all?”